Jim Ford is the mythic artist behind 1969’s legendary country soul album ‘Harlan County’. After recording his sole album he hung out with Sly Stone and wrote for artists and friends like Bobby Womack, PJ Proby, The Temptations & Nick Lowe before completely disappearing from the scene in a haze of drugs and irrational behavior. When Bear Family managed to track Jim Ford down in 2006 he was living in North California in a simple mobile home loaded with reel to reel tapes and cassettes. Some of these masters were included by Bear Family on popular anthologies like ‘Sounds Of Our Time’ and ‘Point Of No Return.’

This brand new CD, ‘Demolition Expert’ (Jim Ford was a demolition expert when stationed in Germany during his stint in the U.S. army), sets focus on Jim Ford’s acoustic home recordings. It is a unique opportunity for the listener to hear Jim Ford’s creativity flow. You’re invited to Jim Ford’s living room to witness him come up with some truly soul shattering musical moments. You will also hear Jim Ford be interrupted with drug deals on the phone and friends chattering and singing along. The recordings are a welcome and essential addition to any Jim Ford collection.
(Barcode: 4000127172570) 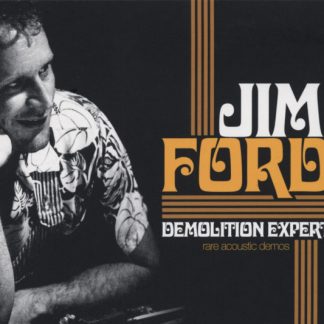