The idea of assembling a collection of amazing artists from the progressive rock genre all on one record was an especially exciting concept to me. Inspired, I began writing and recording the 7 songs that would become this album. I then sent those recordings out to some of my friends and musical heroes from bands like King Crimson, XTC, Asia, Gentle Giant, and of course my former band Yes. Soon, I started receiving vocal tracks and guitar and keyboard overdubs from studios all over the world, which I then mixed at my recording studio in Los Angeles. Despite the distances in geography, however, the feeling of the entire production is one of musical and spiritual unity – The Prog Collective! – Billy Sherwood 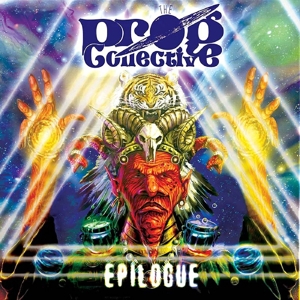