January 1996 saw the birth of In Tha Umbra, with the demo “Of The Singing Dusk…”, which got high recognition and amazing reviews worldwide. After that, some labels became interested in the band, and in 1998, Art Music released the first album “Descend Supreme Sunset”. In 1999 the band recorded the 7″EP “The Göatblöd 666” and in 2000 released the second album “Midnight In The Garden Of Hell”, both by Hibernia, which would later become Hiberica. In 2002 the band recorded some old songs and a couple of covers – Celtic Frost and Motörhead – in the EP “Pentagramma”. In 2005, after signing for 2 albums with Polish label Agonia Records, “Nigrium Nigrius Nigro” was released.

In Tha Umbra is also recognized as a very good live act, having through the years played with bands such as Satyricon, Destruction, Dismember, Sodom, and many others. 2008 gives light to the 4th album, recorded at ZipMix Studio, a very well known facility used by many big Portuguese rock/pop bands, and mixed/mastered at Ultrassound Studio, in Braga, by Daniel Cardoso – Corpus Chrstii, Head Control System, Ava Inferi.
In Tha Umbra describe their own music as a fine blend of Death/Black Prog Rock. Through the band’s history their ability to merge technical Death Metal, Black Metal, Thrash and even classic Heavy Metal, with dark eerie aesthetics has been a trademark, taken to a new level with this new album. 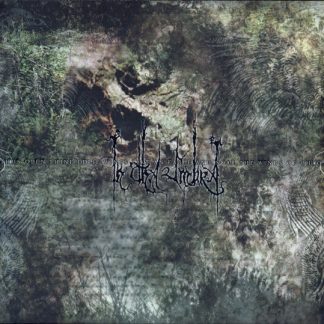