The Velvet Underground, “live at The Boston Tea Party on 11th July 1969″.
The Boston Tea Party was that venue’s leading underground rock club, and something of a home from home for the Velvet Underground. Lou Reed even described it as his favorite place to play in the late 60s. This superb live set was taped there on Friday, July 11th, and finds the quartet performing numerous tracks from their recently released third album, as well as epic renditions of Run Run Run and Sister Ray. An essential document of a great band at their peak, it’s presented here together with background notes and images. 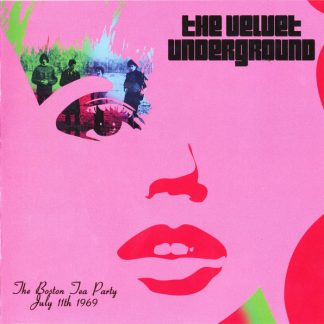