Writer and illustrator Edward Gorey enjoyed the Tiger Lillies song “Banging in the Nails” (on the album “The Brothel to the Cemetery”) so much he sent the band a large box of his unpublished stories, some of which they adapted and turned into songs. But sadly, before he could hear them, Mr Gorey died. Here are the songs, with the Kronos Quartet providing strings and barks, now reissued on vinyl. 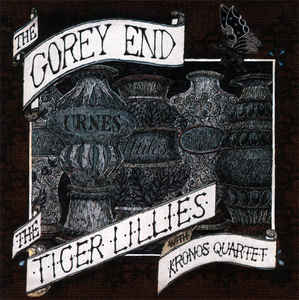