Of the bands that rose to fame during the glam rock craze of the ’70s, few were more enjoyably shameless than Sweet, there was nothing subtle about the band’s crunchy guitars and lockstep drums, and Brian Connolly‘s vocals pretty much defined “over the top,” yet their gift for simple but satisfying hooks and shout-along choruses (usually supplied by the songwriting team of Nicky Chinn and Michael Chapman) was undeniable, and for simple rock & roll fun, Slade were the only British band that came close to matching them. Sweet were also able to keep their career rolling into the 1980s, something few of their peers could manage, and there weren’t many groups that could fuse bubblegum pop and hard rock guitars with Sweet‘s elan. Hits is a fittingly titled collection that offers up 13 songs from Sweet‘s back catalog, and if you’re looking for deep cuts or an extended overview of their decade-plus salad days, you ought to look elsewhere. But if you want the tunes that charted big in the United States and/or the United Kingdom, this will serve nicely. Any disc that includes “Ballroom Blitz,” “Fox on the Run,” “Little Willie,” and “Blockbuster” is going to get your rock & roll dance party rolling into third gear with no problems, and “Wig Wam Bam,” “Hellraiser,” and “Teenage Action” are just what guilty pleasures are all about. 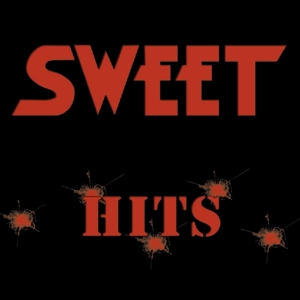