Stages in Faith live between the self disciplined genre expansion of mid to late 1980s hardcore, and the surge of melody and reflection that evolved in the 1990s, and manage to hold that small but crucial space beautifully and precariously. This is still HC but coming from a legitimate, and perhaps unintentional continuation of what bands like Leatherface, early Snuff, and the Jailcell Recipes were able to achieve in the UK as tides were turning, all while touching on stylised Americanisms not out of place on Government Issue’s “Joy Ride” or American Standard’s “Wonderland” LP. Powerfully sung vocals over high velocity and tuneful music that you can still slam and dive to.”
Jonah Falco, Fucked Up/Career Suicide

Stages in Faith come from London and Essex in the UK, with members also playing in hardcore bands such as Blind Authority and Splitknuckle. 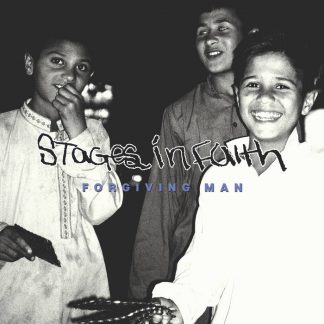