This new documentary is a feature length film which reviews the entire career of The Smiths. Beginning with their formation in Manchester in the early 80s, and taking flight through their four pivotal albums, their numerous, legendary singles, the live performances and the controversial behaviour, culminating in their abrupt demise, this program covers the full story of the finest British act of the past thirty years. Featuring rare live performances, archival band footage and exclusive interviews, plus commentary and review from an esteemed panel, including “fifth member” Craig Gannon, the late Tony Wilson, producers Stephen Street, John Porter and Kenny Jones, acclaimed journalist Paul Morley, and many others, the film explores the entire Smiths saga in a manner previously un-attempted.
(Barcode: 0823564550275) 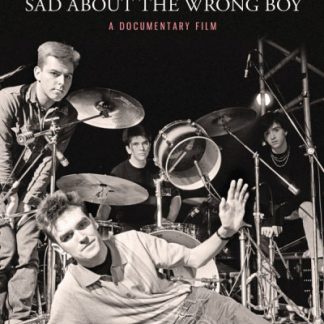