One of the most emblematic groups in Italian rock. Often mislabeled “demented-rock”, the Skiantos were in reality an exception to the rule. This reissue of their second album is, therefore, a road to understanding to what degree rock music was putty in the hands of this band from Bologna, who away from cumbersome references to British and American rock chose to follow their own path to originality. Their youthful and unprejudiced energy together with the personality of great thinkers became an oft-debated manifesto, but one that is destined to maintain its importance in the years to come. The albums cover art picturing an enormous dinosaur destroying a building is testimony to their ironic, but biting attack on institutions, which when translated into music paid homage both to Italys eccentric singer/songwriter tradition as well as the heretic dialectics of coeval punk. The album was originally released in 1978 on the Cramps label, but not a day seems to have passed since then. 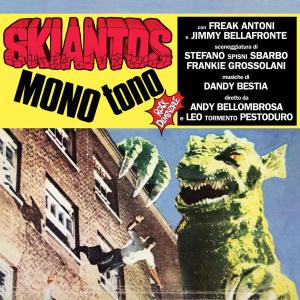