Silver End is a rockband located in Bergen, Norway, but with a heavilly influenced american sound comparable to such acts as Breaking Benjamin or Three Days Grace. From the rainy coast of Bergen, Norway, Silver End resides. Founded in 2012, they have had a remarkable journey to where they are now. The band is a result of four guys with completely different musical backgrounds coming together over the common interest of forming a melodic hard-rock band. Their first year was spent writing music and performing small shows in Bergen.
Having honed their music, they headed into the studio where they recorded their first album “Beyond Limits”.
After releasing their debut album in the summer of 2013, it opened up a lot of doors. Critics and fans loved the album, bigger shows were played, and the year ended with a support gig for Papa Roach at John Dee in Oslo.

Now the band is ready to release their second album world wide.
“Spreading Fire” is already a big hit in Norway and the single “Addicted” has reached close to one million views on Youtube and ½ a million streams on Spotify. Currently the band is booking a European tour. Get ready for a doze of melodic, modern hardrock for fans and Linkin Park, Crown The Empire and Breaking Benjamin. 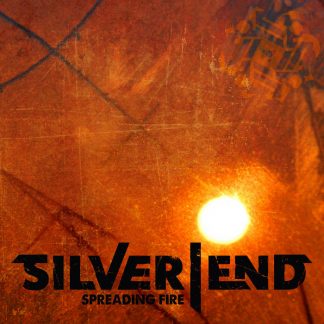