RHINO‘s new EP “The Leopard Dilemma” sees the British born, French based producer returning more closely to his Hip Hop roots. Blues samples mix seamlessly with boom bap drums, heavy bass lines and touches of both electronic and trap music blur the lines between old and new school beats. This creates the setting for some of the best MC’s around to flaunt their rhymes.

The English duo Too Many T’s, talk “Dreams” with their unique, high energy flows, France’s best group of expats, ASM, Miscellaneous (Chill Bump) and Youthstar (Chinese Man Records), create an undeniable hip hop banger on Gaijins, Mattic and Justin Percival, become introspective on Cycle Complete and RHINO was even given permission to sample Ray Charles’s vocals for the track “Going Down”.

– « It’s no wonder the track is about being young and dreaming of becoming international hip hop stars.” According to Pressparty about Dream (Ft. Too Many T’s)
– “He is considered as one of the best performers of the continent” Le Petit Bulletin 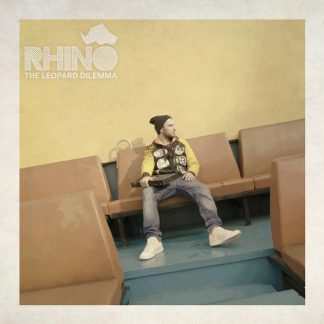