Mike Oldfield was a member of rock-band Barefoot for a while, and then became bass player for Kevin Ayers’ backing group The Whole World. He also played on an album by the Edgar Broughton Band, worked as reserve guitarist in the London production of Hair, and gigged with Alex Harvey. Then he met Richard Branson. Working at Branson’s recently acquired Manor studios as a backing guitarist, Oldfield played some of his own tapes to Branson’s engineer Simon Draper, who played them to Branson – Branson then offered Oldfield a six-album deal with his new label Virgin Records.

“Tubular Bells” was released on 25 May 1973 as the first album on the Virgin label. The title track became a top 10 hit single in the US after the opening was used in the 1973 movie The Exorcist. Virgin now decided to organise a live performance of Tubular Bells at London’s Queen Elizabeth Hall to promote the LP. Oldfield assembled a line-up to perform the music that on record he’d all-but single-handedly created. Mick Taylor, then still with the Rolling Stones played, alongside David Bedford, Robert Wyatt, Steve Hillage and members of the band Henry Cow – all of whom, save for Taylor, ended up making records for Virgin subsequently.

At a later date Mike was to comment that he was unhappy with the performance adding, “I stood on the stage at the end of the concert and looked at the audience, and they looked at me.  And do you know what they did? They actually applauded. I was amazed. I hated that concert”.  However, the assembled masses who witnessed the first live rendition of this ground-breaking record disagreed, and Mike Oldfield’s preconceived ideas about the project not working were totally unfounded.
The concert was recorded for live radio broadcast both in the UK and across the US, where it was synched by a number of networks and is now at last available on vinyl! 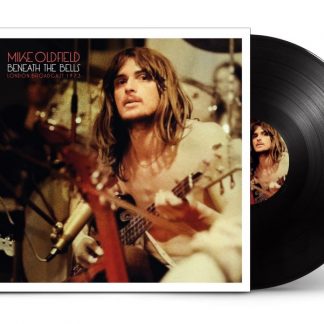