Digitally remastered edition. James Montgomery was described by the late actor/musician John Belushi as “simply one of the best” and also as someone who is “funkier than a six pack of onions!” In 1970, he formed The James Montgomery Blues Band and soon they were the hottest live properties on the Boston. New England music scene along with J Geils Band and Aerosmith. Signed then to Capricorn Records in ’73, reviewers then wrongly assumed the band were from the south when in fact they were from Detroit originally. James then signed to the Waterhouse label for his blues/rock album “Duck Fever” which was recorded in West 54th St, New York with some heavy hitting session musicians guesting and released in 1978. 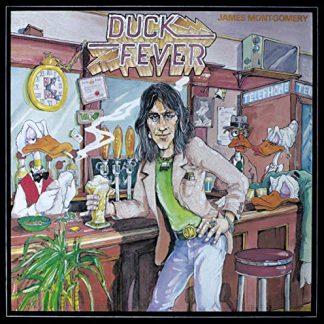