Whilst the Magic Mushroom Band shares members with Astralasia, the Magic Mushroom Band has been a working band for far longer. The band first came together in 1982 when they first began playing their brand of “Psychedelic Space Pop”. It was said that one of the original members Kim Russell AKA Kim OZ was discovered by another founder member Gary Masters AKA Gary Moonboot when he heard her singing in the bath and promptly climbed through the bathroom window and invited her to join the band. In addition to becoming a member of the Magic Mushroom Band Kim has subsequently become Mrs. Masters. The band has had many members over the year with members sometimes coming and going in twos or threes, although the core trio of Masters, Russell and guitarist Gary Twining have remained throughout the band’s history.

Initially the band released a limited edition cassette, which was limited to a run of 1,000 copies. The cassette idea was to remain popular even while the band were releasing proper albums and all of these cassettes are now highly prized collectors items The band has also released nine albums in the period 1982 through to 1994.In 1990 members of the Magic Mushroom Band embarked on what was to be initially an offshoot band or part time project if you like. This project was the Ambient trance band Astralasia which although sharing members of the Mushroom band were actually more dance oriented than the Mushies as they were now known. By 1992 however, the band were devoting about 50% of their time to the offshoot band Astralasia and were experimenting more and more with the ambient dance led direction of that band which has continued up to the present while the Mushroom Band have been on indefinite hold since 1995.

By the time of the album “Process Of Illumination” the line up had once more changed and the band recruited multi instrumentalist Swordfish on drums, guitarist Eddie Bones and violinist Sam Turner to the fold. Many fans considered the resulting album to be the best album the band ever made and the original copies of the album have now become incredibly collectable. The album includes a version of the Beatles “Tomorrow Never Knows” alongside original material such as “Kaleidoscope”, “I’ll Be Your Friend” and “Halcyon Days”. This re issue as with all the Magic Mushroom Band CDs in this series of re issues has been re mastered for release. 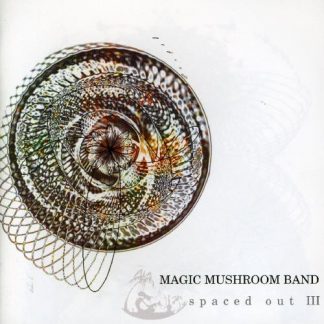