The KillerHertz is a Danish Hard rock band from a small town outside Copenhagen called Kastrup. The band was formed in early 2011 and consists of childhood friends Thomas Trold Pedersen (vocalist/guitarist), Kent Rasmussen (drums), Rune Gregersen (bassist) and Tais Pedersen (lead guitarist). They all have a background from other bands such as Pitchblack, Gothic Domain, JFK, Saturnus, The Awakening and Usipian, and have made a significant impact on the Danish rock scene in the Copenhagen underground.

The music style can be defined as hard rock with roots in melodious rock, which delivers musical guitar harmonies and tight beats. together with their main musical inspiration from the 1980’s and 1990’s heavy metal scene combined with a modern rock approach. Bands like Metallica and Megadeth has been a big inspiration and with a touch from the danish rock scene, such as Volbeat and Dizzy Mizz Lizzy. 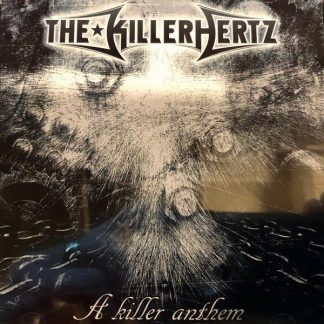