It may boast the sleeve art work of the old Kent LP Original Folk Blues (KLP 525/5025) but the bonus you get with this CD release is a previously unissued cut of Let Your Daddy Ride and 6 additional tracks (recorded between 1953 and ’54) among them a previously unissued Cold Chills. 1948 to ’54 was a prime period for John Lee Hooker and this sampler of the recordings he made for Modern Records has some of his greatest material including Boogie Chillen, Sally Mae, Drifting From Door To Door and Crawling King Snake. Alive with raw boogie dance rhythms, the music also sports growling vocal asides, moaning slow blues and chilling guitar licks. One of the blues greatest performers. Original Folk Blues catches him in his prime, starting out on an illustrious career that, as more recent albums The Healer and Mr Lucky have shown, is still brimming with inspiration and vitality. A true original. 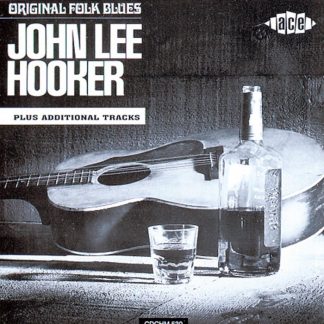