Speed/Death/Thrash Metal, CD kiadvány, 2011.
Awaiting Evil is an album by Hatchet, released in 2011.

Thrash is back! More powerful and boisterous than ever before! Born in the USA – originally in the San Francisco Bay Area – in the 80s with bands like METALLICA, EXODUS, SLAYER, ANTHRAX and TESTAMENT, taking Germany by storm soon after with DESTRUCTION, SODOM and KREATOR, now, 25 years later, it is back where it all began. The American West Coast has spawned a new movement of young bands (FUELED BY FIRE, WARBRINGER, etc.) who are paying tribute to the old heroes with the desire to continue what they started back in the day.

HATCHET belong to this new generation of no-nonsense thrash metal bands, and their debut album “Awaiting Evil” is going to be a ball for all denim-and-patches-clad thrashers out there. Honest, unadulterated old school attitude meets youthful enthusiasm and homework well done. In 2008 HATCHET are prolonging a tradition that started in 1983 and hasn’t lost any of its captivating nature in the process. Much to the contrary, as “Awaiting Evil” impressively proves: Thrash metal is back for good! 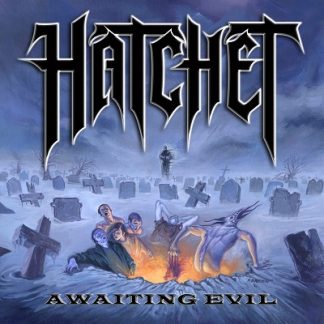