Long-awaited – and well worth the wait. This is the companion volume to Angel Air’s “Gillan Tapes Vol 1″ carefully put together.  All 20 tracks have never been released before in their current format, and there are the unreleased mixes of many songs that would feature on the hit albums “Glory Road” and “Magic”. The album opens with a Colin Towns-instrumental “Second Sight”. This piece of music is a remixed version of what was used as the “intro tape” for many tours. Needless to say Colin Towns went on to become a much respected arranger and writer for TV and film soundtracks. The remainder of the album is a fascinating demonstration of the awesome power that was Gillan. As stated in the liner notes “they were masters of turbo charged rock riffs featuring Ian (Gillan) at his screaming best only to stop your heart with spine chilling ballads.” This historic release is complemented by a 12 page full colour booklet with photos from the band’s own personal collection. 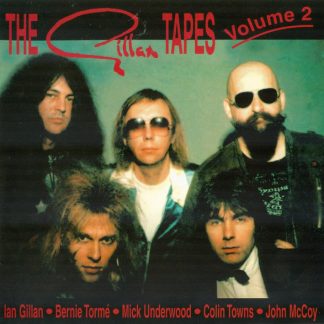