100 years of dada and a half-century of Embryo – Two good reasons for Embryo to celebrate and a perfectly good reason for a new record. “Do It”, one of the slogans of the beatniks and hippies of the sixties, has been and still is a statement enormously important to Embryo. Inspired by dada, the group has changed the slogan to “It Do” and has named their new album accordingly. The Embyro collective has been active for almost fifty years, always led by their musical leader and visionary Christian Burchard. That Burchard energy has doubled now, as his daughter Marja, who stood on stage with the group the first time when she was only 11 years old, has now stepped into the spotlight.

The multi-instrumentalist lives and breathes the “Do It” concept with the same conviction as her father Christian. On It Do the group for the first time has recorded songs composed by her. Embryo played right after Jimi Hendrix at his last live show at the Fehmarn Open Air in 1970. They founded the first artist-run independent label in Germany, Schneeball. They played with international musical legends such as Charlie Mariano and Mal Waldron. Embyro were one of the first European bands to combine jazz and rock music. Later they became pioneers of the then still un-named world music genre, with countless travels through Africa and Asia where they were joined by local musicians. Always on the move, always incorporating new players, the band has been a force in the music scene for almost 50 years now. 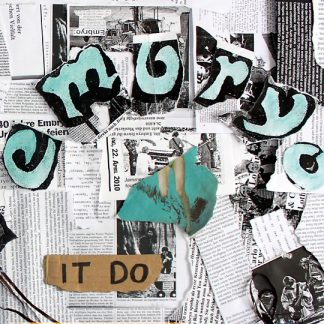