DAVEY DODDS was the frontman, singer songwriter for Prog Rock band RED JASPER until he left the
band in the ’90s and worked as a fly fishing guide and writer. Over the years his songs have been recorded by numerous bands including THE UNTHANKS who performed “Magpie” on their recent album.

“Kernowcopia” has grown out of the very roots and bones of Cornwall where Davey now lives. The album
is a combination of old songs and new work which is striking and original, strongly influenced by traditional
and Celtic themes with hard edged, political, symbolic and atmospheric tracks.

Davey Dodds is back with a vengeance! 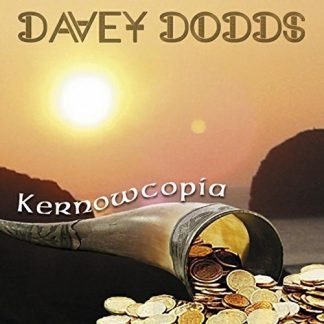