Most fans would agree that Crosby, Stills, Nash and Young were at their very best right at the beginning of their career, in late 1969. This was just after Neil Young had joined the existing trio, and at that point, as is somewhat obvious, they were thrilled to be playing with each other. CSNY only played one prior gig to their Woodstock show, in Chicago two nights earlier, while CSN never played in public before Young joined, so this appearance was about as brand news as it gets. Truth be known, it wasn’t long before drugs and ego got in the way. Even by 1970 the situation had changed dramatically and they were torn apart for the first time (though definitely not the last!). Most of us are already aware that the group played separate acoustic and electric sets at Woodstock, with Neil Young joining the collective in the middle of the acoustic set. They performed from 3:00 AM on Monday 18th August 1969, and following them on stage were; The Paul Butterfield Blues Band, Sha Na Na and Jimi Hendrix and that was it, the most legendary rock festival ever was over by 11 A.M. that misty Monday morning. 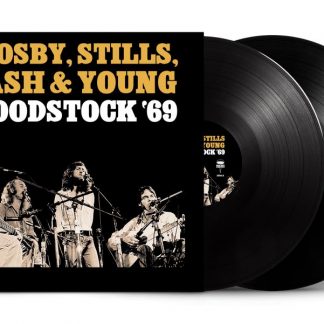