Formed in the winter of 2014 from Lisburn city, Northern Ireland; The Crawling use a guttural vocal to combine melancholy with weight, churning out a heavy, doom/death ensemble. January 2015 saw the single ‘Choking On Concrete,’ followed in October by the highly successful EP ‘In Light of Dark Days.’ April 2017 the debut album, ‘Anatomy Of Loss’ was released, receiving excellent reviews worldwide, and was streamed exclusively by Metal Hammer UK. 2018 was the year of, ‘Wolves and the Hideous White’ featuring six brand new tracks. With live music gone, 2021 came around much too quickly. Whilst working on the new album The Crawling have released their strongest single track to date; “Sparrow.” The tale of no longer fitting in, and the realization it is of no consequence, due to the purposelessness existence we lead. 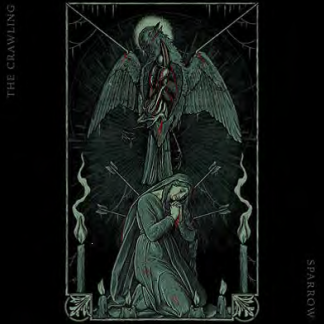