During the 1970s, Michael Bloomfield retreated from the spotlight and returned to the raw blues he’d first experienced as an adolescent in the clubs of Chicago’s South Side. He investigated other forms of black American folk music, its roots, and how blues lyrics always evolved to comment on the present times and troubles. He also kicked back and had some fun. owards the end of his life, Mike Bloomfield (who died in 1981 at the tragically early age of 38) signed to Takoma and, in the spirit of label founder John Fahey, hung up the electric blues guitar hero persona which brought him 60s fame in favour of solo acoustic performance. This is certainly the basis of 1977’s “Analine”, which, like the following year’s eponymous effort with which it’s paired on this disc, has never before been released on CD.

Michael Bloomfield returns him to more regular territory, fronting a rhythm section augmented with occasional piano and trombone, and playing an eight-song set mainly consisting of “trad, arr” blues standards. Sleeve notes from RC’s Kris Needs all too honestly reflect the fact that this album often descends into average barroom fare, but the closing instrumental The Gospel Truth, on which Mike’s guitar soars over churchy piano, suggests that, had he been directed more firmly and/or kept from his addictions, a more promising result could have been achieved.
(Barcode: 0029667031523) 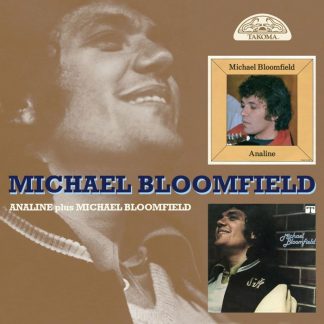