Street punk/oi! band from Vancouver, BC, Canada. All Tracks recorded at the House Of Payne East Vancouver BC Canada 2016. They had their chance to change, but now the number one streetpunk band of the moment, Bishops Green, are returning to their roots with brand new recordings for Rebellion Records. With the exception of fan-favorite “Burn The Bastards”, originally recorded by The Lancasters in 2003, the remaining tracks are brand new and definitely take you back to their, modern day classic, debut of 2013! In addition, the CD version of “Back To Our Roots” will feature the track “Christmas In New York” (from the compilation “Cashing In On Christmas” vol. 5, Black Hole Records) as a bonus, for a total of six songs, ready just in time before the band heads back to the mainland for yet another succesful European tour!

YouTube video :
DO ANYTHING YOU WANNA DO (audio promo): www.youtube.com/watch?v=K0-wzFFJUtY 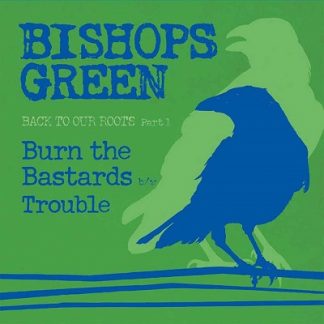