THE LEGENDARY ALLMAN BROTHERS NEW ORLEANS SHOW IN LATE SUMMER 1971.
The first two Allman Brothers Band albums, “The Allman Brothers Band” (1969) and “Idlewild South” (1970), stalled commercially, but their 1971 live release, At Fillmore East, represented an artistic and commercial breakthrough. The album, featuring extended renderings of ‘In Memory of Elizabeth Reed’, ‘You Don’t Love Me’ and ‘Whipping Post’, is considered by many to be among the best live albums ever made. Released in July 1971, the record would be the last to feature lead guitarist Duane Allman, who was tragically killed while riding a motorcycle just three months after the album appeared.

In between these two occasions, ABB performed their last ever show at New Orleans’ Warehouse Music Venue, situated at 1820 Tchoupitoulas Street, a location at which the Allmans’ original line up had played many times. The band’s show there on September 16th 1971 remains the stuff of legend, but despite this it has not previously been released on vinyl. Now available for the first time here, providing fans with a superb opportunity to hear how the band progressed during a very short period towards the end of Duane Allman‘s life, in late summer of 1971, this recording is both a suburb memento of a magnificent musician and a delightful listening experience of a band on the cusp of greatness. 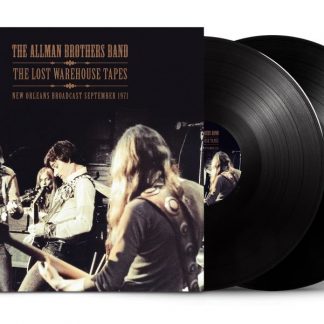